When you look at the world and yourself what do you see? 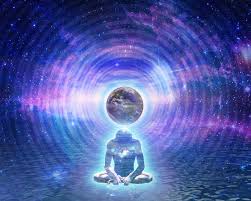 The perceptual category involves the underlying understanding of the world. In our Western Civilization we have been educated in the Aristotelian model of reduction and causation. With the development of this understanding the scientific method has been created. We see things in linear sequences of causation; a lead to b leads to c leads to d and so on. We have broken things down into component parts, named them as objects, and learned how to manipulate their configurations and interactions. This has given us humans great power over our physical world and motivates the basic questioning of 4 years old who harass their parents with the constant question of "why?"

With maturity and further development in cognitive abilities we come to realize that objects are part of greater wholes and a system awareness dawns on us that the whole is greater than the sum of its parts. We come to realize that the objects in the universe are interdependent and imbued with a power that isn't explained by its component parts and thus scientists become mystics.

When we awaken from our sleep we no longer just perceive objects. We not only know there is more, but we sense it intuitively. The seventh principle of Unitarian Universalism involves covenanting together with others to affirm and promote the "respect for the interdependent web of all existence of which we are a part." Perhaps love is a better word than respect.
Posted by David G. Markham at 12:46 PM No comments:

Email ThisBlogThis!Share to TwitterShare to FacebookShare to Pinterest
Labels: Enlightenment, The Leap

When it comes to spiritual consciousness are most Americans asleep? 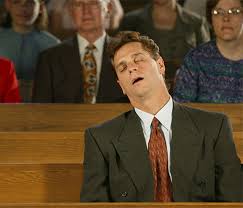 First, there is a feeling of separation and disconnection from the ground of our being, from a holistic appreciation of existence itself. The biggest problem according to social psychologists in our current times in spite of social media is loneliness. There is a sense of fragmentation. Of things not filling together and being connected in a harmonious ways. The biggest fear we all experience, manifested in a multitude of ways, is abandonment and neglect. Our biggest fear is being unloved. Our anxiety and level of alarm is always at at a low level. It is the back ground noise of our lives.

Second, there is what Taylor calls "thought chatter," the buddhists call "monkey mind," and the psychologists call "rumination." These constant thoughts keep us awake at night and even if we fall asleep exhausted, we wake up in the middle of the night, when the worries take us over again and prevent us from going back to sleep. We deal with this thought chatter by keeping busy and distracting ourselves with sensory excitement whether it is shopping, sports, sex, gambling, workaholism, religion, food, substances, and what we used to call "the hustle."

Third, there is what Taylor calls "abstraction" which he describes as "Rather than live in the world, we live in our minds." or what we might call in our internet age "virtual reality." Our own reality is depressing, boring, upsetting, and so we create and construct virtual realities to live and operate in. This is much more easily down in our internet age with compulsive use of social media and "surfing the web" in a mindless fashion to entertain ourselves or, at least, dull the pain.

Fourth, there is anxiety and discontent. The biggest psychiatric problem in the United States are anxiety disorders and depression for which millions of dollars of medications are prescribed per year. Taylor writes, "In our sleep state there's a sense of fear. Our separateness creates a sense of vulnerability and insecurity, of being threatened by the world and other people."  Our constant use of media, entertainment, and advertising magnifies our sense of vulnerability and insecurity. Mother Teresa said, “The greatest disease in the West today is not TB or leprosy; it is being unwanted, unloved, and uncared for. We can cure physical diseases with medicine, but the only cure for loneliness, despair, and hopelessness is love. There are many in the world who are dying for a piece of bread but there are many more dying for a little love. The poverty in the West is a different kind of poverty -- it is not only a poverty of loneliness but also of spirituality. There's a hunger for love, as there is a hunger for God.”

Mother Teresa's comment that the U.S. is materially very rich, but spiritually very poor might lead one to the conclusion that most Americans are asleep when it comes to spiritual consciousness.
Posted by David G. Markham at 1:44 PM No comments:

Email ThisBlogThis!Share to TwitterShare to FacebookShare to Pinterest
Labels: Asleep, The Leap 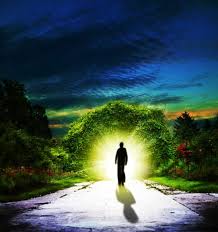 The first two aspects of EQ: self knowledge and self control get the biggest focus in religious practices. Shedding the ego, undoing social conditioning, leaving the path of the ego to enter onto the path of the spirit, is the road to enlightenment.
Posted by David G. Markham at 9:37 AM No comments: