We are not our bodies. 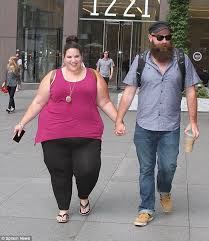 People are not bodies. They are so much more. When we are preoccupied with the body we miss the divine spark within each of us. This is the teaching of A Course In Miracles.

And yet, we live in a society very preoccupied with the body. Advertisements bombard us with how to make the body look better, smell better, move better, operate in a healthier way. In this preoccupation with the physical, we overlook the spiritual, the divine spark which is hidden in each of us.

It is written in A Course In Miracles, "Limit your sight of a brother to his body, which you will do as long as you would not release him from it, and you have denied his gift to you." T-15.IX.4:4

John told me that he and his wife Judy rarely had sex anymore because Judy had gained weight after the last child, over 50 lbs. and Judy now weighed over 200 lbs. at 5'6".

"She's a good mom and a good wife, but I find her disgusting to look at and just can't get it up. I've told her she needs to lose weight and all she says to me is, 'I know. I'm trying.' But then no change. This has been going on for 2 years now. We were coasting until she found me looking at pornography and now she says she wants a divorce. Maybe it's for the best, but I don't really want to lose my family."

My heart went out to John but it seemed to me that he has a spiritual problem not a psychological problem. I wondered how I could help him. It seemed that John's values were out of wack. He is more influenced by his physical responses than by his spiritual understandings. I asked, "Do you like Judy as a person? Do you have fun with her doing things? Without friendship, there will be a terrible loneliness in your marriage."

John looked pensive and said, "I might have taken our marriage for granted and we were just going through the motions. Are you saying that I should focus more on enjoying doing things with her and overlooking her physical appearance?"

I replied, "How does that strike you?"

"Focus on the divine spark in Judy and let the rest go and see what happens," I suggested.

And what is the moral of the story? Leave a comment, will you?
Posted by David G. Markham at 1:01 PM