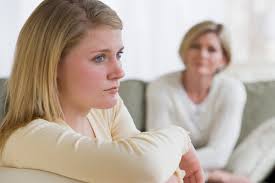 Robert said, "I am tired of the secrets. I have kept them my whole life. I am scared of what will happen if they find out. I'd rather die than deal with the consequences. What should I do?"

Secret keeping blocks our communication with existence. Our spirit is made to hide in the corners and under the rocks. Our secrets diminish us and who we really are. Secret keeping is a sign of disrespect for others and most of all for our real self.

A sign of spiritual development is the release of secrets and a growing transparency. We become purer with nothing to hide.

I said to Robert. "You can tell me. I will keep your confidence and when you tell me your secrets we can talk about what, if anything, can be done."

Robert told me his secret and we both laughed about how silly it was. His secret was a lie he had told his grandfather and his uncle 40 years ago. His grandfather was now dead, but his uncle was still alive. I encouraged Robert to tell his uncle his secret just as an experiment to see what his uncle's reaction would be. Two weeks later, Robert and I met again and Robert was a new man. He was relaxed and happy with a grin on his face. Robert told me that when he told his uncle his secret of the lie he had told 40 years ago, his uncle laughed and said he had known all along that Robert had told a lie and his grandfather did as well. Robert said that his uncle hadn't wanted to confront him with his lie because his uncle wanted him to come to the realization that telling the truth would not change the love that grandfather and he felt for him, but this disclosure could happen when Robert became brave enough to overcome his fears of shame.

Robert laughed at his own folly of keeping his secret from those he loved for over 40 years for nothing but a life lesson about spiritual growth of monumental significance. Keeping secrets is a prison for our spirit of our own making. Purification and bringing darkness to light is what "enlightenment" is all about.
Posted by David G. Markham at 10:07 AM