Salvation is "to make wide" and to rise above 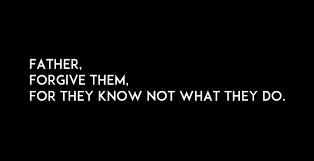 I have been reading Kathleen Norris’s book, Amazing Grace, and she points out that in Hebrew, the word “salvation” means “to make wide” or “to make sufficient.” I think in English, the word “salvation” has come to mean saved from damnation. At least, this seems to be the connotation which religious usage has come to imply as in Jesus died on the cross to provide us with salvation from our sins. In other words, God offered His Son, Jesus, as a blood sacrifice to appease God’s own anger at His sinful creatures. Walter Wink has called this idea “the myth of redemptive violence,” and unfortunately, it is alive and well in our contemporary culture and its portrayal in movies such as the Revenant wins academy awards.

In A Course In Miracles, in Chapter 6, Jesus explains at length the real lesson in the story of the crucifixion which is that His spirit could not be killed. Jesus says, “There is little doubt that one body can assault another, and can even destroy it.” T-6.1.4:2 He then goes on to say that a person can decide to forgive and rise above the assault. Jesus says, “I elected, for your sake and mine, to demonstrate that the most outrageous assault, as judged by the ego, does not matter. As the world judges these things, but not as God knows them, I was betrayed, abandoned, beaten, torn, and finally killed. It was clear that this was only because of the projection of others onto me, since I had not harmed anyone and had healed many.” T-6.I.9:1-3 Salvation occurs in miracle thinking, the shift from the plane of ego drama, to the spiritual level of Love’s presence. It is this shift in Jesus that we call the resurrection and which we still celebrate 2,000 years later at Easter time.

This shift in awareness which involves forgiveness is a rising above the narrow confines of ego drama and breaking through to the wide open spaces of heaven and flow. Salvation is a liberation of spirit, and healing of the fragmented and broken. Salvation is the movement to a better track, a getting out of things when we are in over our heads, a turning in a new direction of better balance.

John had lost everything: his wife, his children, his job, his income, his home, his social status, his former identity as a productive, successful, middle class husband, father, citizen. John had hit bottom. John asked his friend, Doug, a desperate question, “I have lost everything, Doug. I am 57 and have nothing to show for my life. What is the measure of a man?” And Doug said, “Kindness.” And with that word, which struck John so hard it took his breath away, John felt reborn.He felt that Doug’s statement that the measure of a man was kindness had saved him. From that point on, John moved forward with confidence and love in his heart to rebuild his life. The road of John’s life widened and with nothing but kindness, John had what was sufficient to go forward.

The theme for April will be faith. If you have ideas or materials to share around this theme let me know.
Posted by David G. Markham at 10:46 PM