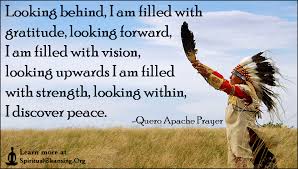 It seems to mean for most people that they recognize that there is a Higher Power and that they are not alone or even the most important creation in the universe. However, organized religions, churches, do not facilitate and expand this awareness in a way that the cost of membership provides resources for spiritual growth in sufficient benefits to be worth those costs.

A further question could be asked about whether this response is flippant or said in an intentional and sincere way. Assuming that it is a sincere statement, then the person saying they are spiritual and not religious might be asked to explain what (s)he means by this and how does he/she pursue his/her spiritual growth?

I, as a psychotherapist, sometimes ask my client's "What is your interior spiritual life like?" I have never had any client object to this question. The usual response is for the person to become pensive, quiet, and then attempt to formulate an articulate statement which is usually meaningful and somewhat difficult to put into words.

Luke was 17 and a senior in high school. Luke was very bright, came from a middle class family who were pillars of the community, who his parents said, "is going down the wrong road." Luke, college bound, was not abiding by his curfew, drinking and drugging, having promiscuous sex, and being disruptive in school. His parents brought him to see me when he was arrested for shop lifting.

Luke acknowledged his parents' concerns but stated they were over reacting and "boys will be boys." It was his senior year in high school and he was doing what he thought he was supposed to be doing which was "sowing my wild oats" and "having fun." Luke was willing to see me  in counseling to placate his parents and make a good impression on the legal authorities as he was dealing with his legal charges.

I had met with Luke three times and we had gotten to the bottom of his situation, and we had developed some rapport in our relationship, and at the end of our third meeting not knowing where to go next, I was prompted my an inner intuitive voice (which I call the Holy Spirit) to ask him, "Luke, what is your interior spiritual life like?" He looked at me solemnly for a change and paused. Instead of his usual glib and ironic response he said to me, "Interesting question. I'm not sure. I like nature." There was a palpable change in his demeanor and there was a deepening of the rapport I liked but didn't understand. I said to Luke, "Well that sounds good. Can we talk more about it next time?" He agreed and left as thoughtfully and at peace as I had ever experienced him.

When Luke returned for our fourth meeting he said to me, "I really liked your question. I have been thinking a lot about it." We talked further about his inner yearnings, meaning making, hopes, dreams, and aspirations. I only saw him one more time. I have learned subsequently that Luke graduated from college, went to law school, and now is a practicing attorney living for the time being with his parents.

There is a deep spiritual yearning in our society which is not being addressed adequately by our mainstream religious institutions. They are failing while the interest in Buddhism, Yoga, humanism, mindfulness, and the Perennial Philosophy is on the rise. We all have an interior spiritual life if we pay attention to it. Perhaps the two most important questions we can ask ourselves, and people we care about, are "What is your interior spiritual life like?" and "How do you nurture it?"
Posted by David G. Markham at 11:34 AM