Who or what is your God? 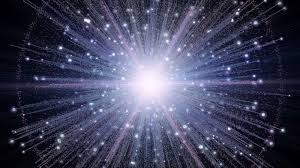 At one level I think it is easy to understand that what we all are looking for is love. And yet we are confused about what love is. I was taught that there are at least 5 kinds of love: agape, charitable love; philia, brotherly love; platonic love; eros, romantic love; and storge, parental love. It seems that these distinctions, while meaningful, still hide the deeper understanding that these different kinds of love are just parts of a larger, grander, more abiding love which is the ground of our being, what some people have called the godhead. Some people, like Jesus, simply say that God is love.

A woman asked me in a pointed way one time whether I believed in God. I answered, "It depends on what God you are asking about?" She was a fundamentalist Christian whose God was very judgmental and consigning people to either heaven or hell. If this is the God she is talking about, her God, no I don't believe in it.

An indicator of a higher stage of spiritual development is the understanding that God is a verb not a noun. God might be thought of as "the force" which Luke Skywalker in Star Wars described.

"Becoming one with the all" gets mocked as New Age psychobabble and yet this desire of going home, joining the cosmic consciousness is a higher level stage of spiritual development.

If we considered the stages of spiritual development on a continuum from thinking of God like Santa Claus who rewards or punishes good and bad boys and girls to becoming one with the all as in each person being a drop in the ocean who is stressed by being separated from the source of its being until it can meld back into the whole from whence it came, where are you in your spiritual development?
Posted by David G. Markham at 11:14 AM