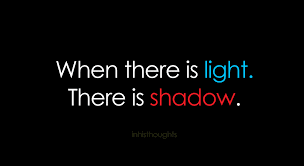 It is written in A Course In Miracles:

"The guilty always condemn, and having done so they will still condemn, linking the future to the past as is the ego's law. Fidelity to this law lets no light in, for it demands fidelity to darkness and forbids awakening." T-13.IX.1:2-3

It is written in the fifth chapter of the Tao Te Ching:

Jesus says in Matthew 18:21-22: "Then Peter came to Jesus and asked, “Lord, how many times shall I forgive my brother who sins against me? Up to seven times?”22Jesus answered, “I tell you, not just seven times, but seventy-seven times!…

It takes a big person to forgive and rise above guilt. According to James Fowler this is stage 6 consciousness at the level of universality. People at this stage have overcome fear and in their loving embrace of other people and life they don't seem normal or even trust worthy to people who, out of their insecurity, adhere and comply with conventional norms and attitudes. Loving people who see no guilt in others are unsettling. Whose side are they on after all?

When have you refused to take sides and welcomed everyone? When have you looked past the hate and attacks by others and looked for their good side? Do you hold grudges? Do you throw things up to people that they have done in their past when you are angry with them? Do you believe as former President Richard Nixon said one time that the best defense is a good offense?

It is written in ACIM, " Do not be afraid to look within. The ego tells you all is black with guilt within you, and bids you not to look. Instead, it bids you look upon your brothers, and see the guilt in them." T-13.IX.8:1-3

Look within and what you fear you will see is not very deep if it is there at all. Don't believe the negative and shameful things that other people have told you, you are. You are the lovable child of God and God doesn't make junk.
Posted by David G. Markham at 5:30 PM