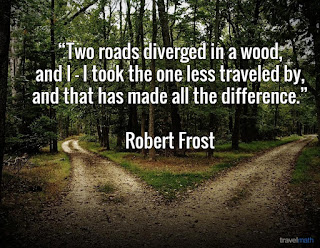 Can you forgive " a little bit?" Are there degrees of forgiveness? Some people say, "Forgive but don't forget" and this means forgiveness is not complete. It is not freely given. We say we forgive but we hold on to some resentment, some sense of grievance, some little fear that we can be hurt and attacked again.

On the path of the ego shit happens. Even more, mega shit happens. And like Jesus, as He was being crucified on the cross, we think, "Forgive them for they know not what they do." And with this awareness comes what M. Scott Peck, the author of Road Less Traveled, calls a "therapeutic depression."

When Buddha achieved enlightenment, so the story goes, he was able to leave the earth plane for nirvana, but he decided to say on the earth plane a while longer so he could help other human beings reach enlightenment as well. Because of his decision, the Buddha was nicknamed, "The compassionate Buddha."

When we forgive we want to help others leave the path of the ego and embark on the path of the spirit with us. It is this awareness that there is a better way that Jesus and his apostles called "the good news."

During this Lenten season, as all through the year, we are prompted to remember which path we tread. The most important step we take in shifting from the path of the ego to the path of the spirit is forgiveness because we become aware that we ourselves, along with our brothers and sisters, have been treading the wrong path and in this journey we have created hell when we could, with a shift in awareness and a better decision, walk the right path of peace and bliss.

Forgiveness is the road less taken and it can make all the difference.
Posted by David G. Markham at 11:14 AM

Email ThisBlogThis!Share to TwitterShare to FacebookShare to Pinterest
Labels: Forgiveness, Path of ego, path of spirit