Do we even need salvation? If so, what is the "what" and "how" of salvation? 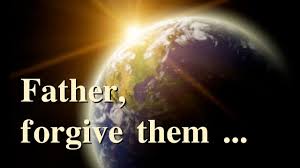 The theme for March, 2016 is salvation

Having been raised Roman Catholic I was taught that Jesus died for my sins on the cross. This meant that I could go to heaven because Jesus’ sacrifice had appeased an angry God who would send me to hell otherwise. If this wasn’t bad enough, Adam and Eve ate the apple in the Garden of Eden and God was angry and cast them out of the garden and this was the original sin. Even if I didn’t commit any sins of my own, I inherited the sin of Adam and Eve. In other words, I was taught that people are doomed the day they are born and it is only by baptism and accepting Jesus as their Lord and savior can they be saved from hell and go to heaven. This myth of salvation has been taught by the Christian church to inject fear into people so they will obey and accept the salvation which the church, as the intermediary between an angry father God and us, poor sinners, has to offer through its sacraments, and ministry.

Which leads us to the question asked in A Course Of Miracles about the what and how of salvation. The statement is made “Any response other than love arises from confusion about the ‘what’ and the ‘how’ of salvation, and this (love) is the only answer.” T-12.III.5:3

However, this statement about the “what” and “how” of salvation begs a more fundamental question which is, do we even need salvation?

It is written in ACIM - “You will undertake a journey because you are not at home in this world. And you will search for your home whether you realize where it is or not.” T-12.IV.5:1-2 I have found myself muttering my own mantra since I was a young boy, maybe about 10, “It is not a bad life if you know how to live it.” I don’t know where this mantra came from. It seemed to be born out of my fears and unhappiness with my life and a recognition that I could not rely on my parents to make me happy or even provide what I considered some the necessities of life like clothing and food let alone a sense of meaning and purpose. I realized as a child that I would have to figure out the meaning of my life and make my own way in the world if I was to be okay. In other words, I realized that I would have to save myself because I couldn’t expect others to do it for me.

It says in the introduction to ACIM that the answer is Love and yet Love cannot be described or defined. The best that ACIM can do is help us to eliminate the barriers and obstacles to Love’s presence, and this is what Father Matthew Fox has called the Original blessing. Adam and Eve’s sin was to separate themselves from God by breaking what they thought was one of God’s rules. And because they felt guilty they imaged God punished them by separating Himself from them by sending them away, but it is clear from ACIM that God never did this. It was Adam and Eve who put themselves out of the garden, and they “forgot” about God by getting caught up in all kinds of self imposed ego drama. God has been there all along - we have just chosen our ego identification over Him.

Salvation, it would seem, is surrendering our ego identification so we can more fully enter into the Atonement. This is achieved, according to the Course, by forgiveness which is a rising above the ego plane. Jesus laughs at His executioners’ actions and says, “Father, forgive them for they know not what they do.” And indeed they didn’t  and we still are remarking on this tremendous cosmic consciousness of Jesus to this day.

I aspire to the same cosmic consciousness that Jesus had so that I can forgive myself, and all others, and this crazy world we have created. From the point of view of the course, Atonement is salvation which we achieve through surrender and forgiveness. As they say in Alcoholics Anonymous, “Let Go and Let God.” Can we become quiet and relax into the awareness of Love’s presence?


This week ask the Holy Spirit to help you let go, forgive, rise above the nonsense, and move into the At - One - Ment which brings great peace, joy, and knowledge of being Loved.
Posted by David G. Markham at 7:41 PM

Email ThisBlogThis!Share to TwitterShare to FacebookShare to Pinterest
Labels: Salvation