Our dramas of suffering and sacrifice create our own hell 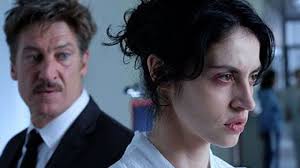 Andrea was insecure and this is what Greg loved about her. Greg believed that Andrea would love him because he could take care of her and make her feel safe. As Andrea felt more secure and confident, Greg became increasingly anxious and depressed. Greg went to see his doctor who told him he was suffering from depression and gave him antidepressant medication. The medication helped a little bit, but Greg still felt "off" as Andrea seemed to be doing well and didn't need him anymore.

Greg's doctor told him his neurotransmitters were not working properly and were flooded with Serotonin. Whatever the cause, Greg was not feeling much better and decided to see a psychotherapist. The therapist asked Greg after a few meetings if Greg thought that maybe he was suffering from a spiritual problem? Greg responded that he had no idea what the therapist was asking him. What kind of a spiritual problem could it be?

The therapist offered the idea that Greg was dealing with a sense of shame, a sense of innate defectiveness and inadequacy which he tried to overcome by taking care of, what Greg called "love", people so that they would love him back.

Greg acknowledged that this unconscious dynamic may be at play. The therapist then asked Greg where he thought this sense of inadequacy and defectiveness had come from? Greg said he had felt this way since he was a child and his mom and dad divorced when he was three and he missed his father and his mother started drinking and leaving him with a sitter to go out with other men. Greg said that he always wished his mom and dad loved him more and were there for him. He found that by being very good and trying to be helpful seemed to make his mom and dad like him better. Greg said that maybe his whole life was based on a belief that if he was nice to people they would like him so he has striven his whole life to be what his best friend called "being a people pleaser."

The therapist suggested that his whole life has been based on this belief that he is inadequate and defective in some way and that he would be all alone unless he was able to take care of and please other people. The therapist asked if this was the basis of his "love" for Andrea? Now that she was more secure and confident rather than being happy for her, Greg was getting fearful and depressed believing that Andrea wouldn't need him any more and leave him?

Greg started to cry and said, "I'm really messed up, aren't I?"

The therapist said, "Not at all. You are perfect just the way you are, you're just learning that Life wants you to be happy and have a high quality life just because you are alive and part of this wonderful universe."

Greg smiled and said, "Thank you."

The spiritual problem is one of shame which is the innate belief and feeling that we are inadequate and defective in some way. Further we think that it is only a matter or time and circumstances before this supposed fact comes to light and we are found out to be the shameful creatures which we believe we are. As Christians tell us we all our sinners if not for what we have done, at least because of the sin of Adam and Eve in the Garden of Eden for which Jesus died on the cross to assuage the anger of the Father God who is mad about our disobedience.

This belief in our sinful natures which requires sacrifice and suffering for exoneration and redemption is the Great Lie of the ego. The spiritual fact is that God loves us unconditionally and it is we, humans, who create our own guilt and hell because we have separated ourselves from the unconditional love of God by our willfulness and drama.

If we could overcome and rise above our own drama, we could create heaven on earth. Greg has created his own hell believing that he is unworthy and can only be whole if he sacrifices and suffers, what he calls "love.". Nothing could be further from the Truth and it is Greg's false spiritual belief which has placed him in his own hell. Heaven, however, is within his grasp once he realizes that he is okay and will be okay just the way he is. He is loved by his Creator.
Posted by David G. Markham at 8:32 AM