Pursuing the way of Love 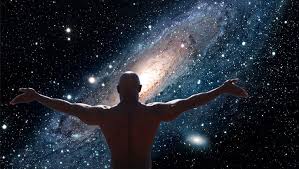 St. Paul writes in his first letter to the Corinthians that those who have chosen to walk the path of the spirit instead of the ego appear to others to be fools. We appear to be misfits and indeed we are. We no longer are going along with the herd. We are going against the grain, upsetting the apple cart, disturbing the status quo. This scares people. The things they have believed in and done and value are, by us, no longer believed in, no longer valued, and we no longer are going along in the same direction traveling on the accepted and "normal" path.

At first they criticize and say we are wrong and bad. Then they call us crazy and mad. And lastly they exile us or even try to kill us either socially through shunning or literally as they did to Jesus, and Martin Luther King, Jr., and John and Robert Kennedy, and Malcom X, and Gandhi.

Assassination, whether psychologically through gossip and false accusations, or socially through exclusion, shunning, and exile, or physically by murder, torture, and deprivation is often the price paid for choosing not to continue on the path of the ego and, instead, walking the path of the spirit.

And in making that choice, and taking the path less traveled, we experience such Love and joy and peace that the sufferings inflicted by those on the path of the ego seem inconsequential and like a mosquito on an elephant's behind.

And so, those who embark on the mystic's path appear crazy to the rest of the world. And it is this willingness to appear crazy that empowers a person to pursue the way of Love.
Posted by David G. Markham at 8:20 AM

Email ThisBlogThis!Share to TwitterShare to FacebookShare to Pinterest
Labels: fools for Christ, Path of ego, path of spirit