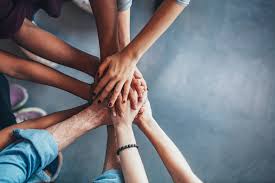 What does sex have to do with spirituality? Very little. Jesus and Buddha teach very little about it. Since we are not bodies with a spirit, we are spirits with a body, bodily functions are not a focus of healthy spirituality.

Unfortunately, sex is a pre-occupation, though, with religions. Probably because it is a powerful bodily drive like eating and drinking, defecating and urinating. Sexual behavior is something that religions can attempt to control people with.

Religions have made sex an idol. It is placed before their teaching about the love of the Divine. If religions can control the bodies of their members, they can subjugate and oppress millions of people and keep them captive to their control.

The spiritually mature have come to realize that the religious focus and control of sexual behavior is nonsense. Moral condemnation is further attempts to judge and separate not accept and join. With the focus on sexual behavior the Atonement is delayed and thwarted.

Sexual morality is a side show for religious circuses. Religions showcase sexual behavior that is titillating and tempting and focuses on  the very behaviors it is condemning.

Avoid the sideshow and stay focused on the importance of forgiveness, compassion, and agape.

At the end of the day, spirituality is about agape not eros.
Posted by David G. Markham at 10:54 AM