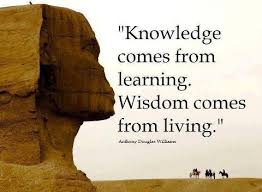 Having been raised a Roman Catholic, I was taught about the seven sacraments for the Roman Catholic church which, unlike most of the Protestant denominations, is a sacramental church. These sacraments occur at points in major transitions in the human life cycle: infant baptism at birth, first Eucharist and penance at the "age of reason" around age 7, confirmation in adolescence, marriage and ordination as a gateway to adulthood and generativity, and last rites at death. Other religions have similar rites of passage. Which rites of passage have been meaningful to you in your spiritual life?

Currently, at 71, I am an elder and it is a role I am still learning how to enact for myself and others in my life. Our contemporary society doesn't help much, as there are no clear rites of passage into elderhood other than obtaining Social Security, Medicare, and, perhaps, retiring from one's main career or professions although many continue to work if they are able at least part time.

Elderhood is also a time of generativity when there is a concern about helping the younger generation benefit from what one has learned from one's life experience. This role is not taken by all older people. As one wag put it, "Growing old and growing up are two different things." As we continue to be alive we all grow older but whether we grow up is a choice and intention we each must make. Growing up has to do with spiritual development. It is the ever increasing development of wisdom.

Socrates said an unexamined life is not worth living. If one has lived and is living an examined life, wisdom is the result, it not then not so much.
Posted by David G. Markham at 8:09 AM

Email ThisBlogThis!Share to TwitterShare to FacebookShare to Pinterest
Labels: Wisdom