How many people does it take to save the world? 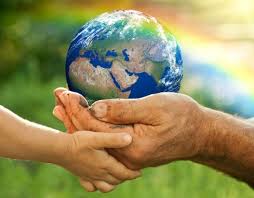 How many psychotherapists does it take to change a light bulb?

Only one, but the bulb has to want to change. LOL

How many people does it take to save the world?

Only one, but it has to be one who has become one with the all like Jesus or Buddha.

Jesus made it simple. He said, "Love as I have loved."

How did Jesus love?

He joined His will with what He believed to be the will of His Higher Power.

He forgave those who killed Him. He loved everyone even the tax collectors, the adulterers, the prostitutes, the Samaritans.

He helped people wherever He went. He shared His love of Life with whoever would listen and even those who didn't or wouldn't listen.

Same with Buddha. Buddha said He had achieved enlightenment and was free to go to nirvana but He wanted to help His fellow human beings achieve nirvana as well and so He stayed on earth to teach people how to do what He had achieved.

Are there women too who have loved beyond measure? Billions. Their stories have not been preserved and told in a patriarchal society unless considers Mary the mother of Jesus, Mother Theresa, Dorothy Day and hundreds and thousands of other saints.

You can save the world when you become enlightened. In the meantime work on yourself and one soul at a time.
Posted by David G. Markham at 8:47 AM

Email ThisBlogThis!Share to TwitterShare to FacebookShare to Pinterest
Labels: Teacher of God